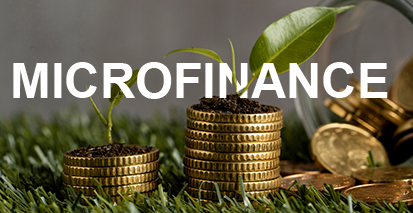 Cyclicality in microfinance sector is as old as the sector itself. A good cycle usually lasts for few years and is inevitably followed by bad cycle. The sector witnessed its worst cycle over 2019-21 courtesy the build-up that happened over 2017-19 and the disruptions caused by the pandemic. Over the past two years, most MFI players have provided for or written-off around 10-20% of their portfolios.

*Annualized as on Dec21 or Mar22, whichever is available

Amidst all this, the good news is that we are nearing the end of the bad cycle; many MFIs are solvent even after absorbing such high losses; and the macros are turning favorable (since India’s informal & rural economy is finally recovering from the pandemic shock). For NBFC-MFIs, this is an additional positive due to the recently announced RBI guidelines. We can expect 18-24 months of strong growth and profitability for the sector in general and NBFC-MFIs in specific.

Profits for most of NBFC-MFI can double from the low base of FY22 just out of credit losses reverting to pre-pandemic levels (good cycle). In our assessment, most of the players will be able to grow between 15-30% CAGR over next two years and that can provide an even bigger boost to profits. The future assumptions in the above & below table are purely for illustrative purposes and should not be construed as an accurate projection.

*Annualized as on Dec21 or Mar22, whichever is available

Let’s turn our attention to individual players. MFI is cyclical business and being adequately capitalized helps during downturns. Also, MFI is a very operations intensive business i.e. it involves heavy reliance on employees, frequently meeting the customers, and maintaining the sanctity of everyday processes. The MFIs with robust operations usually enjoy higher profits in good times and suffer lesser losses in bad times. This is precisely the kind of player you may want to invest in.

How the valuations stack up

Bandhan Bank is India’s largest MFI and was also the worst impacted. Some of the reasons for this were its high concentration in West Bengal (46%) and Assam (14%), high ticket size of loans and underinvestment in non-MFI businesses. While there is no denying that there will be a cyclical recovery in profits, long term investors in the stock have to grapple with the above-mentioned structural issues. Another point working against Bandhan Bank is its bloated equity base, courtesy the super expensive acquisition of GRUH Finance. This will further increase in FY23 as it will need to raise capital for growth.

Credit Access Grameen is India’s largest NBFC-MFI and also one of the best run MFIs. It boasts of the lowest credit losses in the pandemic period (10% of loan book) despite having acquired a mid-sized MFI just before the start of pandemic. Operating in rural areas and following the best practices in terms of collections & customer leveraging, Credit Access is the cleanest play in the NBFC-MFI space. Current valuations partially reflect rosy future, but compounding returns are still possible.

Spandana is bitter sweet story – it was the only MFI that survived AP crisis & emerged from CDR, thanks to the efforts of its founder-promoter and the capital support given by Kedaraa Private Equity. However, an ugly corporate battle broke between the founder promoter and the private equity in late 2021. Although Spandana is well capitalized and well provided, such altercations can impact ground operations. The MFI upcycle has started; stock is trading at throwaway valuation; only if the quarreling promoters can resolve the differences, Spandana has many low hanging fruits that it can pluck.

Arman is very small but well-run MFI. It ticks many boxes including good geographic diversification and highly profitable operations. The only problem here is the low float and rich valuations. The company has to grow at 50% CAGR for investors to make meaningful money from current prices.

MAS Financial is engaged in the business of wholesale lending to hundreds of MFIs and small NBFCs. However, MAS couldn’t reduce its own borrowing costs meaningfully over the years and is facing competition from many large NBFCs in this segment. It is substantially under-invested in direct lending and valuations are not cheap either.

Things to ponder for the long term!
The upcycle has started for sure, but the extent and duration will depend on several factors like growth in household incomes, competitive intensity, liquidity, etc. In the past, we have seen that the urge to grow fast has led to indiscriminate lending by banks as well as NBFC MFI players, in turn resulting in customer over-leverage. A look at the below table can summarizes the customer overleverage that transpired in the microfinance sector in the five years preceding the pandemic.

In the past, RBI’s efforts to contain this have been cleverly circumvented. Let’s hope that the new guidelines are followed in spirit as well and the sector can witness a longer upcycle. Otherwise, it will be difficult to have a long-term view on the sector as well as the stocks. Investors can also consider investing in short term bonds of lenders like Credit Access, Spandana, Asirvad, etc since they offer immense safety and good yields.